skip to main | skip to sidebar

Wow!  I don't even know where to start there is SO MUCH to catch up on (including Christmas).  I have been meaning to blog for a few weeks but just haven't gotten around to it.  So I will just give a brief update of what we have been doing and then later I will do more detailed posts of the highlights.

Dec 18-20.  Reid had the stomach bug.  At the time we did not realize this would start a string of sickness that still hasn't ended.

Dec 21-23  Lilly and I got the stomach bug.  I guess it is because I am older but I thought I might die during this 3 day stomach bug while Lilly hardly seemed phased by it.  Thankfully it was over a weekend AND my mom was in town.  She was able to take care of me while Matt finished up any Christmas shopping we had left to do.

Dec 22  Our sweet Tank died.  He was 10 years old and we knew it was coming but we miss him very much.  He was the BEST dog.

Dec 23  After watching the weather all week and seeing it was supposed to snow on Christmas we decided to leave Christmas Eve night to go to Benton so that we didn't have to travel in the snow.  I was bummed because this was going to be our first Christmas morning at home but we just wanted to be safe.  It ended up being a good decision.  Matt and I stayed up super late wrapping presents because we hadn't wrapped a single one...or packed.

Dec 25  It sleeted all day and then turned to snow in the evening.  We had a White Christmas and were very relieved that we came early.  However, anyone that wasn't in town couldn't make it for Christmas lunch so we hated that we didn't get to see lots of family.  The kids (and us) had a great Christmas!!  Around 9:30 pm--the electricity went out.  We went to bed hopeful it would come back in the morning.

Dec 26  We played outside in the snow, made a snowman, had a snowball fight, ate snow ice cream and then came back inside.  Still no power.  Decided to go to Peggy's house (Aunt Becca's mom) because they had power.  Spent the night at Peggy's house.

Dec 27 Still no power.  Luckily we had lots of sweet family to take us in.  We spent the day over at Danny and Melissa's house and then spent the night at Aunt Kay's.  The kids are LOVING this and think it is the BEST vacation ever because we are getting to hang out with so many people and stay at all these different places.  (:

Dec 29  There was a shower incident with sewage backing up into the shower.  I suggested to Matt maybe we leave a day early.  He said we weren't giving up now.  Hahaha.  Honestly (other than the shower--that was AS bad as it sounds) it wasn't as bad as it sounds.  We got to see lots of family and we laughed a lot.  A LOT.

Jan 4  After Reid started running a high fever, took him to the dr--he had Strep.  And probably a sinus infection.

Jan 6.  Took Lilly to the dr.  Probably strep.  Antibiotics for her too.  I think Matt was jealous that the kids got the "pink stuff."  We also started a 21 day fast with our church.

Jan 9-10  Got to go back to KDO for staff meeting and then KDO.  We had missed 3 KDO days due to sickness so this felt like a big feet.  Until that night when I went to bed with a headache not feeling well.

Jan 12--Lilly and I were both running fevers so we went to the doctor--we both had the Flu.

Jan 14--Reid joins us with the flu.  We ran fevers for an entire week.  We didn't leave the house.  We were starting to feel like prisoners in our own house.  Cabin fever was pretty bad.

Jan 19--sweet freedom!  We got out of the house and went to a birthday party.  We were all excited!!  Matt said he was going whether we were well or not.  Ha!

Jan 20--got to go to church for the first time in a month.  It felt SO GOOD to be back worshiping the Lord with our church family!

Jan 25--about 8 pm Reid's fever shot up to 104.  Matt and I panicked but no doctor's office was open.  We gave him a fresh dose of tylenol and put him in a lukewarm bath and his fever came down to 101.6.  We decided to not go to the ER and take him to the doctor the next morning.

Jan 26--took Reid to the doctor.  Left the house with a 99.6 fever...got to the doctor...no fever. He ran a little fever off and on that day but then was all better.

Jan 27--our fast ends--we made it even with all of the sickness!!  (more on that later)

That brings us to today where she is feeling much better.  I know that health-wise--we have it pretty good and that all this sickness will pass.  We are very blessed and we have not lost sight of that...but I would be lying if I said I wasn't really hoping that it is over now.  Hopefully I will get some pictures and some more details of other stuff that has been going on in our lives soon! 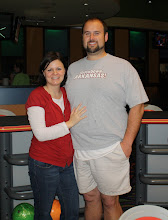 I snagged Matt up out of the dating pool and we got married 8 1/2 years ago! He is an amazing husband to me and awesome father to our two little ones. We are just a couple of Christian people trying to get closer to God, reflect Him better, and raise our children in His Word and His Way!! We are loving every minute of this busy/fun/blessed life! 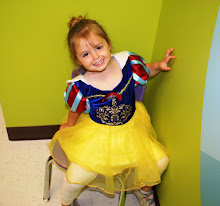 This little princess is a mixture of sweet and sassy! She keeps us laughing with practically every word that comes out of her mouth. She can melt your heart with a smile and a giggle and then turn right around and keep you on your toes with some mischeviousness! Her facial expressions give away her every thought and we just couldn't love her more (but somehow tomorrow we will)!

This is our boy with the magic smile! He is a perfect mixture of sweet and snugglie and ALL boy. He is laid-back like his Daddy and full of energy like his sister. He is happy climbing and dancing or curled up reading a book with Mommy. He is always learning some new trick and we can't wait to see what he is going to do and say next!

Lilly, Reid, Matt, and Sara
My handsome man and I have been married for 7 years. We are the extremely blessed parents of Lilly and Reid. This blog documents our lives, allows the grandparents and other family to see regular pictures of the little cuties, and helps friends and family stay in the know about us! Overall, we are simply a God-loving family of four!